This is my house. It is nice of you to visit. While you are here, would you like to play a game with me?

All you have to do, is find her six times. But you can't see her. However when you're close to her, she'll make a sound. Touch her to make her appear, and keep touching her until she hides again. If you catch her in this way six times, you win.

I'll be playing a game too, all I have to do is find you once. If I knock on the door and the lights are off, I can't come in. If I turn off the lights and you turn them back on, I can't come out. If I open the door and you close it, I can't go through. And if I walk into the room and you're hiding; I have to pretend I don't know where you are and leave. But if I catch you once, you lose.

Let us play, it will be fun.

Use the left cursor button to interact with things.

Use the middle cursor button to look at the rules sheet.

Use the right cursor button to hide in closets, cupboards, tables and large shelves.

This font is almost impossible to read with visual impairments :( I apologize for any typos

This game is confusing, any tips?

We have temporarily changed the game page font in response. However the ingame font is an identical pixel style. The tutorial note reads,

Stay away from Him

- Door Opens : Close it or run

- Lights turn off : Turn back on or run

- She cannot be seen

- She is heard when your cursor is close to her

- Touch her until she hides again

Most of our older games use a pixelated font. Our primary games that do not are: rain reader, A Hemorrhage of Time, Which Breaks the Silence, Weirdfyre's Legacy, cybersus, The Swell of Emptiness and Death of the Party.

This is much better :) Do you just click on the tables to hide?

Probably try clicking underneath the table.

Okay! Thank you very much for doing your best for accessibility <3

Portrait Prophecies is always open to the possibility of making our content more accessible. However that was not your question. Your question was if we would add a new feature to our game exclusively because you in particular want it. Our answer to that question is no.

Um I cant use audio either, and this is someone pointing out something you could improve or a new mode, not someone asking for a feature exclusively for them.

whoops i did not read the insructions sorry

how do you hide?

I really love Portrait Prophecies and I think this game has a great concept, but I think specific parts have extremely poor design (either that, or I am doing something wrong without realising it.)

The most glaring example of this is the room with three doors and the tiny table in the left-hand corner with the big white thing on top. I tried and tried again, you can't hide under the tiny table; so, if you hear footsteps in this room (and I did, several times) you're totally screwed, because in this situation, doing anything but hiding results in game over. This is an unfair, no-escape situation which the player can do nothing about.

Additionally, it seems the difficulty increases exponentially immediately after finding her the first time. Steps and knocking seem to happen a lot more often, and often there's nearly zero time to react, which results in the game restarting over and over again before you can even understand what you did wrong. Thrill leaves room to frustration very soon. Not once did I manage to find her more than once before being caught.

Another thing (which comes across as a bug, though it might just be part of the atmosphere) is that at times you're suddenly teleported to a different room, no explanation given.

I would really like to play it through till the end, but it's simply too frustrating to spend time on.

We have replayed the game just now to completion in an attempt to diagnose the problems you are having, as fairness is of great concern to us.

The small table in the lobby cannot be hid under since it is simply too small for the protagonist to squeeze into.

However, every room in the house that does not have a hiding place; is directly adjacent to a room with a hiding place. There is enough time before the footsteps arrive for the player to move up to two rooms to find a hiding spot. On multiple occasions we needed to do this to survive during our playthrough.

The rate at which He appears does increase as the player progresses however the time the player has to react to His advances remains the same. Whether the lights turn off, there is a knock on the door, or the door opens we were always able to react and counter Him in time even when we fumbled the controls.

The protagonist being randomly displaced around the house is one of the many anomalies that can occur during the course of His game.

It is possible that our developer advantage affords us a faster reaction time to His advances then the average player, but of the minimal feedback we have received on the game this has not been an outspoken problem.

If you are not used to playing heavily reactive games then the reaction time required for this game may not be something you are accustomed to; thus making this seem extremely difficult or even impossible to play.

Unfortunately we cannot anticipate for the variances in the reaction times of our players without a larger audience to provide thorough feedback. Furthermore this game is too old for us to remember its code, thus we cannot reliably add an easier difficulty setting without potentially causing numerous other issues in the code.

We have however created many games which primarily feature story and events over highly reactive gameplay, you may find those significantly more enjoyable then this one.

Adding onto the difficulty of completion, Every time i manage to find Her five times, the power goes out and a split second later, He busts in and i lose. Is this supposed to happen? Edit: Also, once while hiding he was still able to kill me? Is this just an anomaly?

We apologize for this issue, dying immediately during the blackout was believed to have been fixed months ago; this was obviously not the case.

The game has been updated and the issue should finally be resolved now, along with several other improvements. We completed it multiple times to verify such, but He has fooled us before.

Hiding will only stop Him from killing you if you hear His footsteps approaching. As per His rules, if you hide in response to any other behaviour He will simply come in and kill you.

Ah ok! I understand. I hope my comment helped and i apologize for the inconvenience  Thank you for taking time to respond.

Most horrifying experience of the bunch. Definitely worth a play.

This is a really good game! The ambience and atmosphere are really disturbing. There's an amazing sound design you did in your game. The pixel art are amazing too. 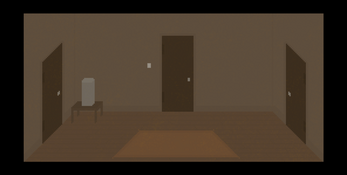 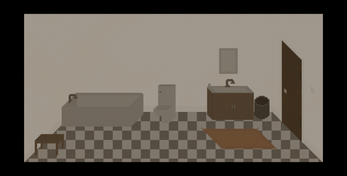 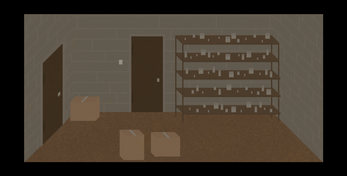