They finally let her out, it's time for her to go back home. But it's getting dark now.

Use the A and D keys to move her.

I often spoke to them in the late hours, but they only spoke back when I turned the lights off. I asked them if they knew why I was here and they told me it was because I was different. They told me that I only knew they were there because I was different, but that wasn't the difference that put me in here. They would follow me when I left my room and they stood around me while I was on the table. They were the only thing that kept me together, the only thing I had to hold onto. As I was different so were they, it was why they were here too. Like we all were from a different place then this one. Their shadows were the only contrast I had in that world of white. When I was released, I never saw them again. But sometimes I still hear them when the lights are off. Sometimes they pull me one way when I'm walking another. They say I need to survive, that the world needs me. That more then one world needs me. They told me I was one of the prophecies, the prophecies that were used to paint her portrait. I want to believe them, I want to be special. But sometimes I forget things that are there, and sometimes I remember things that aren't there. Maybe they're the reason I was put in the white world, maybe they want me to feel special because I want me to feel special; and I and they are both me.

Out From The White.exe 52 MB

Does it end after the job offer? (also is the main Jamie and the other person Saoirse?)

All of our games, eventually, end with a persistent black screen.

Nice art work. Not really a game as you have no choices whatsoever. Could have been really good though. As it stands, it's a bit of an empty shell without much substance.

Good job on a narrative-focused game! I think the atmosphere for this one was done well - the apathetically morbid tone of the characters was great and the minimal and humorous dialogue made for an amusing contrast to the subject matter. I wasn't quite sure where this was going to go - you obviously had a blast making a creative world within which lurk a range of dark and creepy characters.

For constructive criticism, I think a narrative-focused game probably needs some sort of closure; the ending was anticlimactic and confusing. Moreover some sort of interaction to give the player a sense of agency would enhance the 'on rails' nature of the game. Thanks again for contributing to the SCREAM JAMs and I hope you keep on making a bunch of unique, creepy games on the site!

What a wonderfully strange and spooky game!! Not at all what I expected, in a good way!!! You did a fantastic job in this entry! While the dialogue was minimal I got a sense for who each person was and their personality.  /I played with my girlfriend and we had a great time!

Love the pun :D I did not expected that. Love the atmosphere and humor, I just wish there was more to the gameplay than just walking. It gives me Lisa like vibes :) Love all the spooky characters, good work!

Oh wow, I'm in love with this style

The sory and worldbuilding are fantastic for a small space like this. Liked it a lot!

I'm curious about one thing; in the itchio desktop application there is a file called 'some street.zip' that I'm not sure about.  What is it for?  It has the HTML5 logo so I'm presuming it is related to the game listed here.

Also the exe gives me an error about 'not packaged in a way that is compatible' with the itchio desktop application.

If you'd like to consider making the exe file compatible, please consider reading this developer guide on how to begin the process and expand your audience a bit more.

Best of luck to the devs for all the work they do.  Cheers!

EDIT:  I was able to get that 'SomeStreet.zip' HTML5 file to install/run in the desktop application.  Might want to put a note on the main game page for those using the itchio desktop application that they should install that file instead of the exe one.

This game was very interesting.
Honestly I don't want to say anything else or I might spoil this, but if you've tripped over this game, play it.
It's short, and won't waste your time. 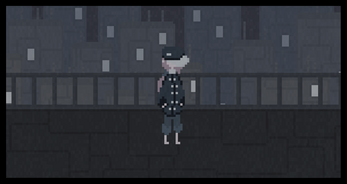 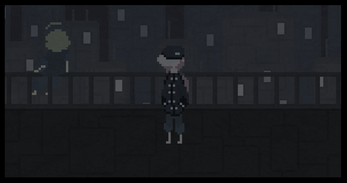 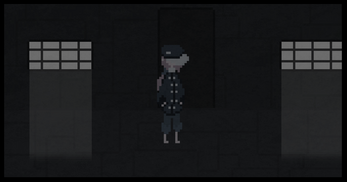