The Rain Reader RPG is an entirely custom built system, designed to encourage creativity and solemn ridiculousness in a world void of destiny.

Based off the comics and games of the same name, the chaotic realm of Rein is now fully playable as an independent tabletop roleplaying experience. In this dark cartoon world all life is born from the light of the Moon, and must survive by consuming coagulations of that light which meld into Cheese. Although the Moonborne take many shapes, they are all united and divided by their need to survive.

- Eleven different kinds of playable Moonborne species. Each having their own unique anatomy, along with four inherent traits that advantage and disadvantage their capabilities.

- Twenty eight cards for use in Sea Sovereigns, a game played by Moonborne to decide conflict. Participants invoke the attention of ancient sea beings, conjuring magical challenges for the Moonborne to compete in.

- A fully fleshed out cartoon world driven by innovation and absurdity. Built over the course of several comics and three games; whispers from the sky,
LiE oR DiE and rain reader, which can all be experienced for free as an introduction to the world.

- Three different eras of history in which adventures can occur. From the early establishment of Moonborne settlements, to their monopolization by the oppressive Yellow Barony and a rush of societal change that followed the Second Revolution.

- Ten hand drawn backgrounds for setting the atmosphere, a hand drawn character sheet, an illustrated summary introduction to each kind of Moonborne, thirty three character silhouettes for use as digital tokens along with a printable graphic of each Moon Masters card are all included.

Does the turn of the moon happen every day or every month? I'm a bit confused about some parts of the rules.

Also what does exempt mean?

The definition of Exempt is on page five. The speed at which the Moon rotates is ambiguous.

This looks cool as hell!! Can't wait to try running a campaign with this 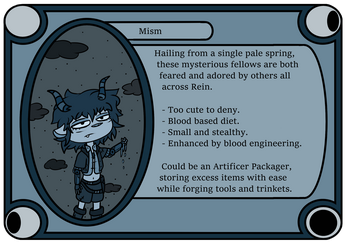 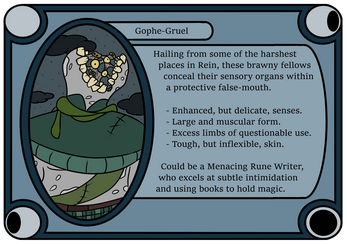